Drugs, Intoxication And Simple Home Remedies: Cigarettes, alcohol, coffee, tea are the milder and more common forms of stimulants or intoxicants. The more dangerous ones are opium and its derivatives, bhang, hashish, marijuana etc. Certain hallucinogens like L.S.D and smack are becoming more and more common. Life saving drugs and certain drugs used in the treatment of mental diseases are morphine, pethidine, mandrax (P), barbiturates and diazepam (Calmpose-P). Now a days most drugs are being over-prescribed at the slightest excuse without thinking if they are really necessary or not. These drugs used innocently, may give rise to certain adverse effects like allergies, stomach upsets, renal failure and foetal abnormalities. So, today we will tell you about some adverse effects of these drugs, intoxication along with simple home remedies.

These act in two ways, one as a mild stimulant to the body and secondly as a psychological crutch. They are addicting and it is very difficult to give up the habit once formed. Smoking is extremely injurious to health;

(a) Excessive smoking cause lung cancer.

(b) Through destruction of the epithelium of lung passages, chronic bronchitis and emphysema.

(d) Buerger’s disease (spasms of the vessels of the legs) and many other such maladies.

When taken in very small quantities, it may not be injurious to heath. Alcohol is habit forming and can lead to alcoholism. In large quantities, it has many adverse effects;

(a) Cirrhosis of the liver, a fatal disease.

(b) Atherosclerosis and its associated diseases like hypertension, heart attack and cerebral accidents.

(c) Alcoholism in itself is a disease leading to family problems, incapacity to work and social maladjustments.

(d) Alcohol acts by inhibiting or depressing the central nervous system and thus causing loss of normal inhibitions. It may also reduce sexual potency and fertility.

These are all narcotics which cause depression of the central nervous system. They are habit forming and very harmful. Also, they cause a false sense of euphoria or well-being. These drugs are stepping stones to the more dangerous drugs like heroin, morphine etc.

These drugs are absolutely addicting. Once on these drugs, a person is completely dependent physically and mentally. Removal of them causes withdrawal symptoms which are mental and physical torture.

These drugs cause the complete ruination of a person. Affected person becomes a robot incapable of responding to any external stimulus. They are eventually fatal usually through over-dose.

They are used in the treatment of mental problems, but are now a days being misused. Some people use them ‘for kicks’ as they produce a euphoric feeling.

Others who are neurotic or under some tension use them to help them sleep and eventually become dependent on them. In the end, all these drugs are harmful to the body and cause certain mental problems.

Drug abuse usually starts at an early adult age-teenagers. It is seen to be maximum in early twenties and the tendency gradually wanes off after thirties. Also, it is multifactorial mental and behavioral aberration.

The victim usually belongs to either upper or lower classes. Students who reside in hostels tend to be more prone to drug addiction.

Moreover, drug traffickers try to engage chiefly the adolescents due to their vulnerability, easy handling and their greed for money. These children have easy money as well as an outlet of escape from the realities of school/college and life.

Drug abuse is not confined to only urban environment but also is fast spreading to rural communities as well. Alcohol and drug addiction is more in slum dwellers, tribes and industrial workers. Social frustration, anxiety and depression have been seen to increase addiction.

The chief effects of all these addicting drugs are loss of control on emotions, loss of inhibition, unprovoked anger, maniac and hypomanic states and schizophrenia-like symptoms.

On withdrawal, its victim gets violent convulsions, and so he or she dreads to stop its use ever if he/she wants to. Other effects of these drugs are high blood pressure, cardiac arrhythmias, impotency, loss of memory, impairment of immune system, stroke, heart attack and sudden death.

Ever since the emergence of AIDS, there is no doubt that risk of contracting this disease is several times more if these addicting drugs are taken by intravenous route through common syringes and needles, mothers taking such drugs are known to have grossly defective children.

The victims of drugs are usually ostracized from the society, considered a social liability and ultimately rejected. This leads to their further withdrawal from society and more of drugs.

Apart from simple home remedies, the society has to recognize the factors leading to drug abuse and intoxication, rectify or eliminate them, and to encourage these individuals to discontinue the use of these addicting drugs by dealing with them with love and sympathy.

It is utmost important for Government to include the rehabilitation centres in their health programmers, just like the immunization programmes. This is all the more important as the present society has a considerable proportion of drug addicts.

The moment we catch cold or have loose motions, we pump in our bodies, a host of drugs and chemicals to suppress symptoms, which itself lower our ability to combat diseases. We have forgotten the tremendous efficacy of simple herbal and home remedies and as a result we became addicted to drugs or intoxication.

But there is a definite need to abandon the use of potent drugs for trivial illnesses. Certain simple home remedies can be of utmost efficacy in common illnesses. In common cold, Gul Banafsha can be used as decoction two or three times a day which also clears cough and sputum.

Another formula of home remedy for colds is ginger tea or tea containing decoction of Sacred Basil leaves which promptly clear nose and respiratory tract, and is known to render immunity against common colds. Mild sore throats can be controlled with salt water or alum gargles followed by application of Mendel’s throat paint.

Recurrence of sore throats can be prevented by avoiding drinking iced or refrigerated cold water, iced aerated drinks, or spicy foods. For recurrent sore throats and boils avoid routine use of antibiotics.

For simple diarrhea and dysentery, nothing can be better than Isabgol or Beal powder, two teaspoon taken with water once or twice daily. What is required, in addition, for loose motions is regulation of diet and inclusion in diet of simple curd with jeera, rice porridge (khichri) and plenty of clean water.

In boils and infected injuries, so often acquired in children, application of turmeric paste and chiretta by mouth is adequate for healing and building up phagocytic resistance.

For injuries and sprains, local application of warm turmeric powder and lime powder in mustard oil preferably diluted is excellent for reducing swelling and alleviating pain. Do it and see its great healing property.

For tooth aches, warm water gargles (containing some common salt) along with application of clove oil in the affected tooth may relieve it promptly.

In dry irritating cough and discomfort of the mouth, liquorice root (Mulethi) can be sucked and chewed in mouth, with relief.

For long glistening hair, we do not require elaborate shampoos; cleaning the hair with Shikakai or amla powder can improve the health of hair. The same is good for the greying and falling of hair.

For blemishes of the skin, the local application of unripe papaya (Carica Papaya) juice is a boon, which clears them fast. A fresh, fair glowing complexion can be achieved by the use of gram flour and turmeric paste that can be used on the face and body half an hour before bath.

Ashwagandha (Withania Somnifera) is a wonderful anti-stress agent and thus can be given as a tonic to patients recovering from common illnesses. It can be used as an adjuvant in the therapy of several disorders such as leukoderma, chronic ulcers, leprosy, psoriasis and other cutaneous disorders. It induces a state of well-being in debilitated patients.

In common allergic disorders and urticaria which are so frequent in every age group, the use of khus (Andropogon Muricatus) is indisputable. It is a cooling medicine and has diuretic properties as well.

In fact, in all skin diseases causing burning sensation, khus sherbat can be taken with prompt relief. Even the paste of powdered roots of Khus in water when applied locally on the affected skin, gives instant relief.

Skin tag generally doesn’t require any treatment or a visit to a doctor. But if you want to remove skin tag using home remedies you can use the following:

2. Home remedies for toothache during lockdown.

There are several home remedies to get relief from toothache. The remedies are:

3. What are the home remedies for toddler constipation?

The home remedies for toddler constipation are:

We should not forget the wealth of the ancient simple Indian home remedies in the present age of mechanization from a of general illness to drugs and intoxication.

Rural people of India still have considerable knowledge of the home remedies. Even in this modern world, they prefer the use of catechu (katha) lotion or solution of alum (phitkari) for oozing skin diseases.

Prickly heat and irritated skin are not uncommon in young village children. But their parents do not have access to the advertised prickly heat powders.

They simply use the mucin of Aloe vera, Fuller’s earth, kaolin powder or turmeric on the affected skin, which can give relief, although such preparations may not be cosmetically acceptable to the sophisticated present day educated urbanites.

For mild pyodermas and boils in children, application of neem oil, almond or Walnut-shell oil or tincture of Quassia wood is adequate.

Similarly, for scabies and pediculosis, topical massage with Juniper or Karanj oil is all that is required, along with personal hygiene or a Sulphur spring bath. Common warts and tumors can be removed by several application or ak juice or lime. Similarly, ringworm infection responds in ginger and onion extract. Alternatively, neem or mustard oil may clear it.

This is only a glimpse of the common simple home remedies and herbal preparations valuable in common day-to-day disease and drugs, intoxication. In fact, Nature’s treasure is full of plants that can be used as simple house-hold remedies for common ailments.

+8 Sources
Related Posts
How To Take Care of Elderly At Home? 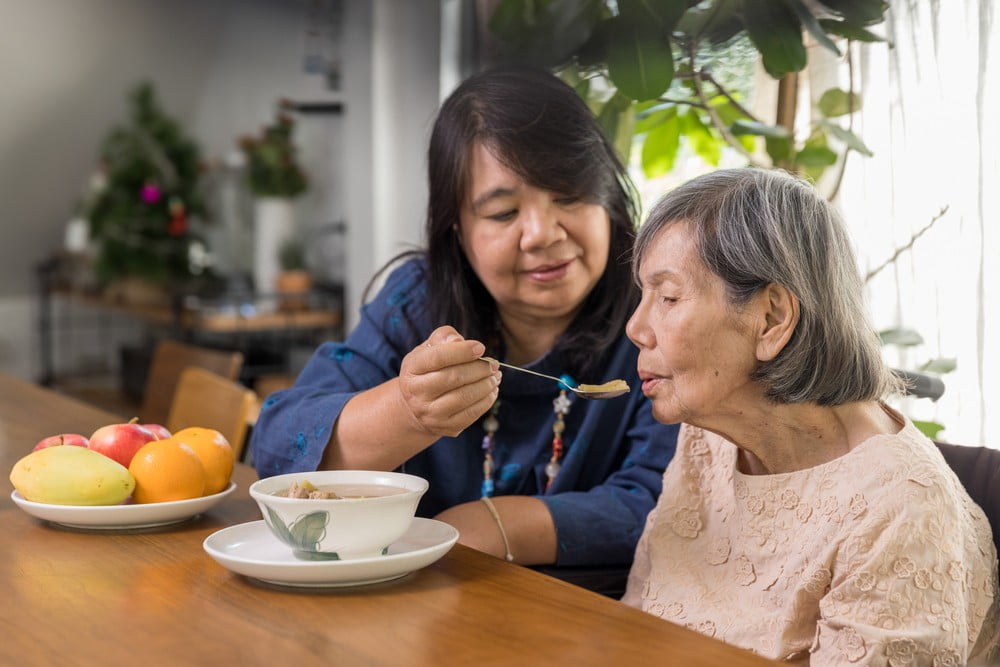 How To Take Care of Your Teeth Without Dentist? 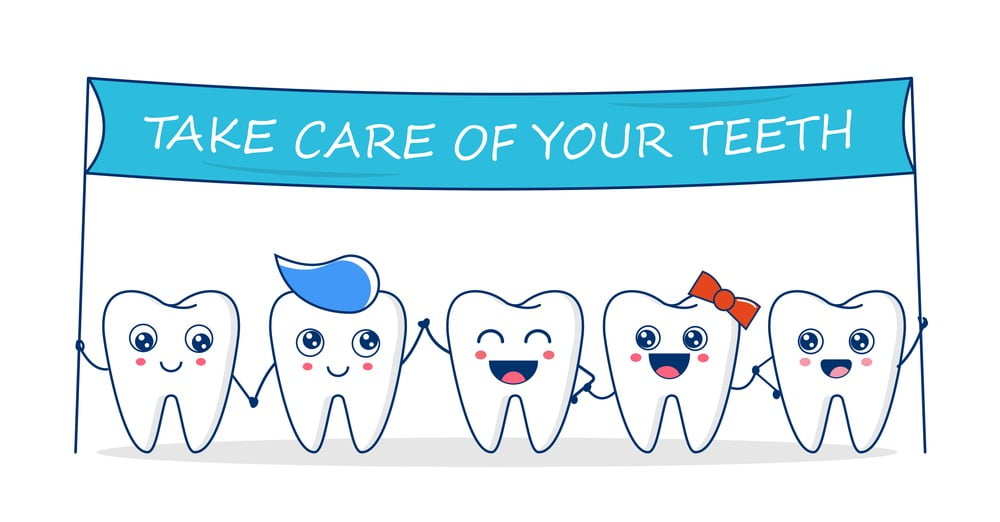 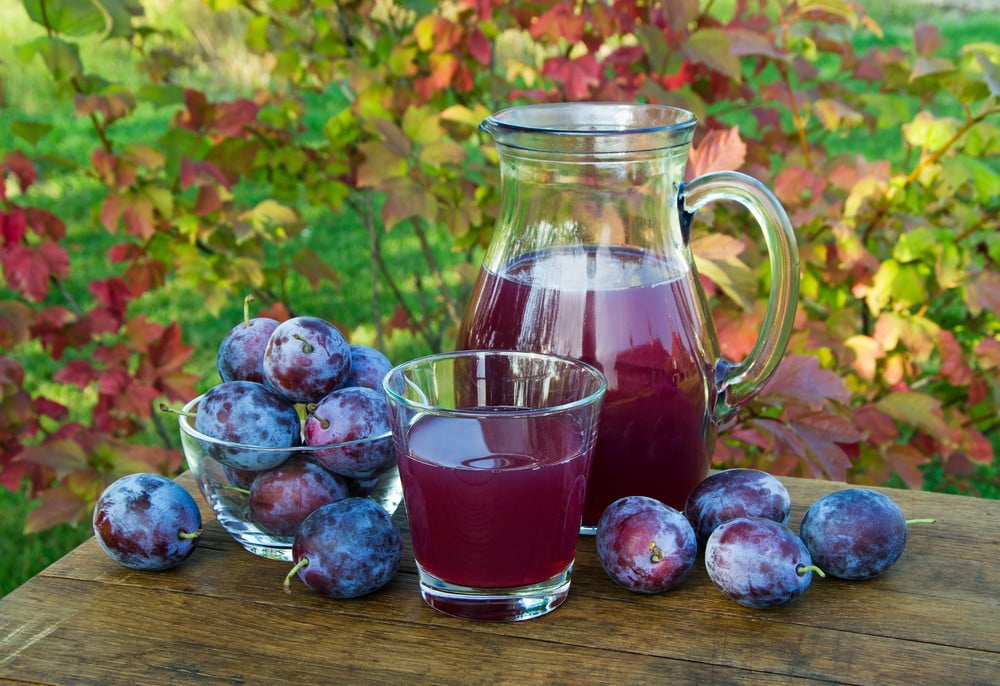 What is the Uvea of the Eye? 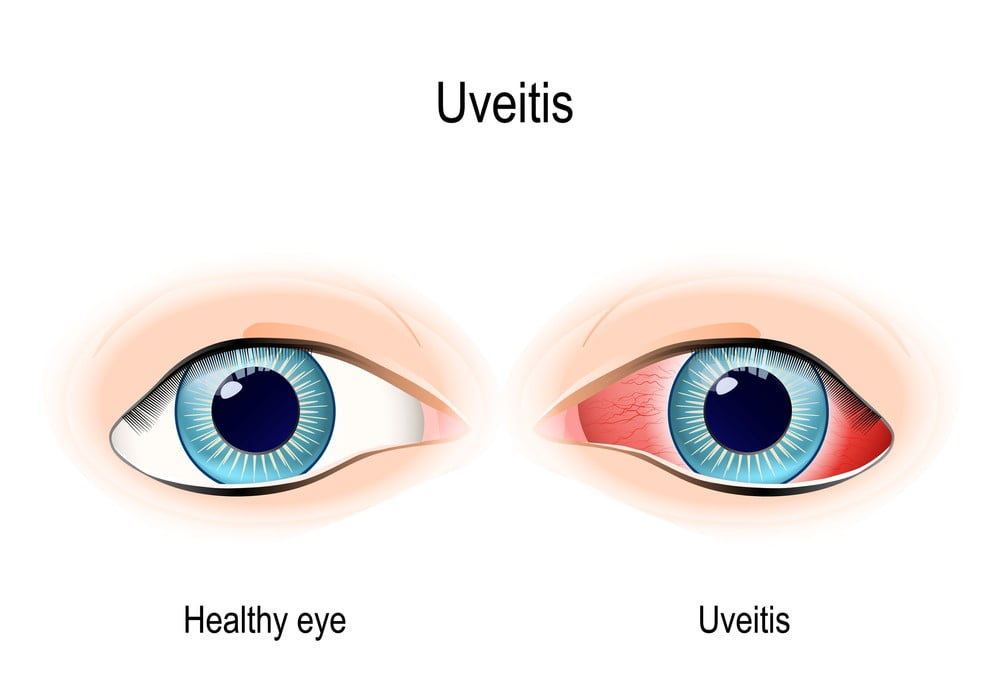 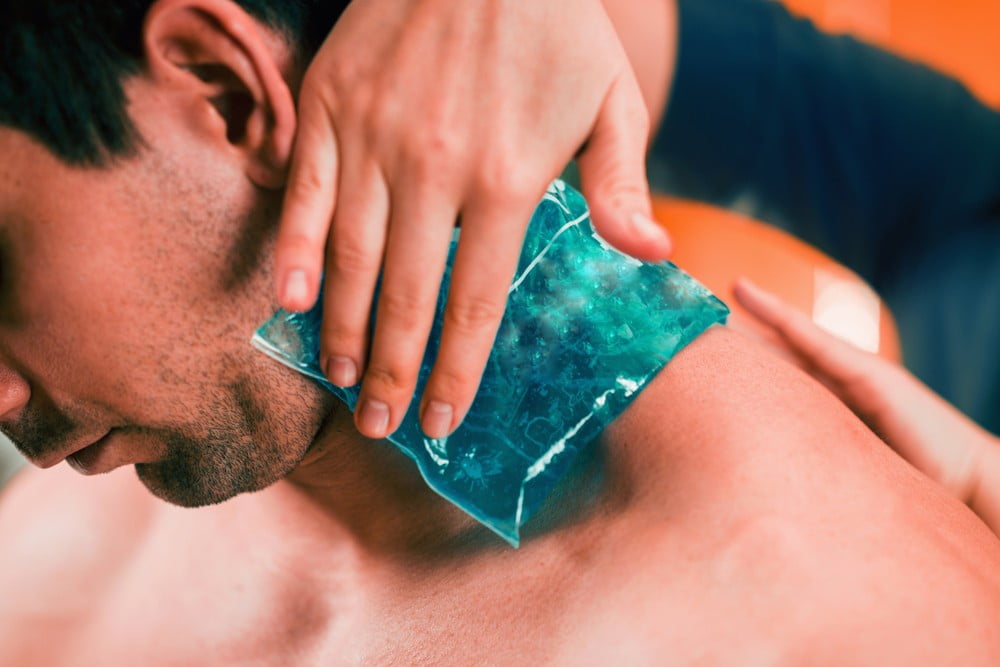 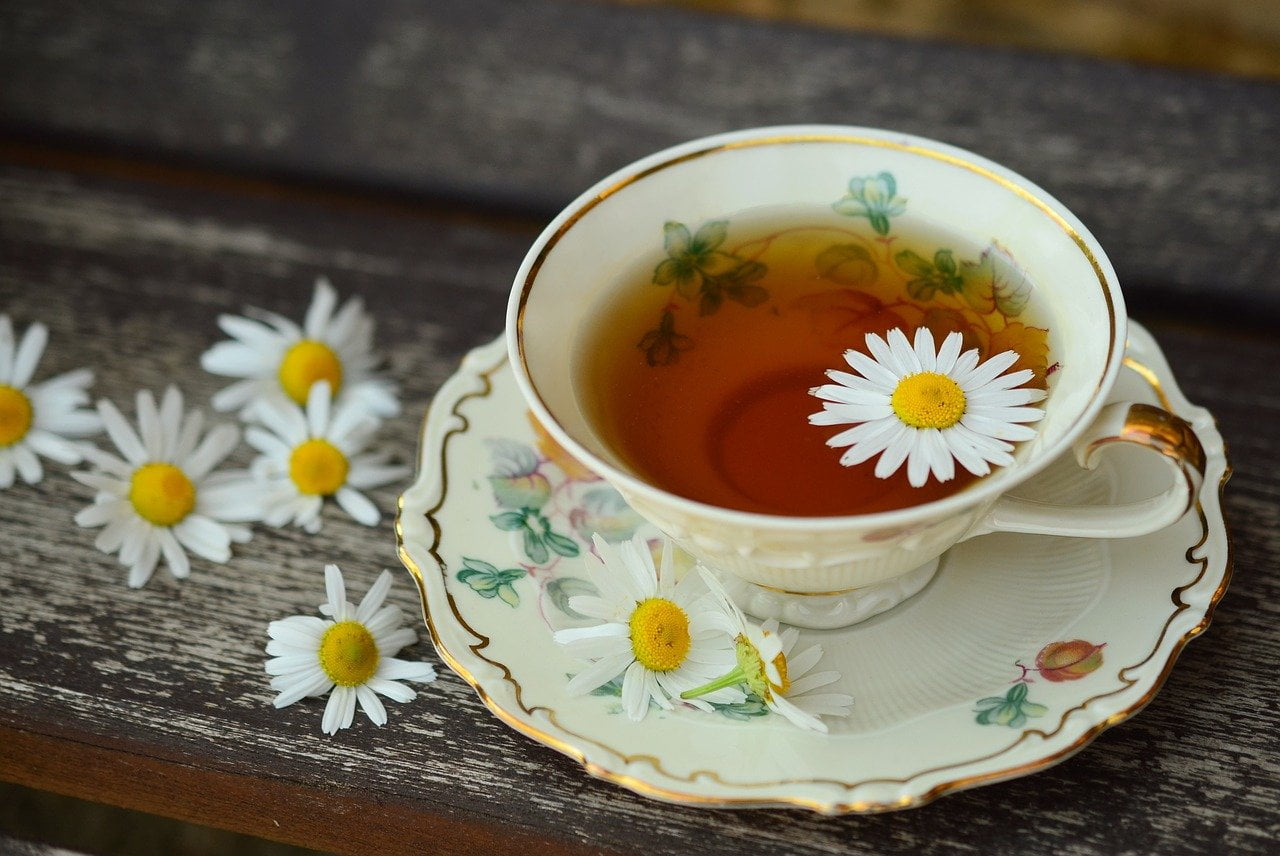 Guidelines for Varicose Veins According To ICD 10 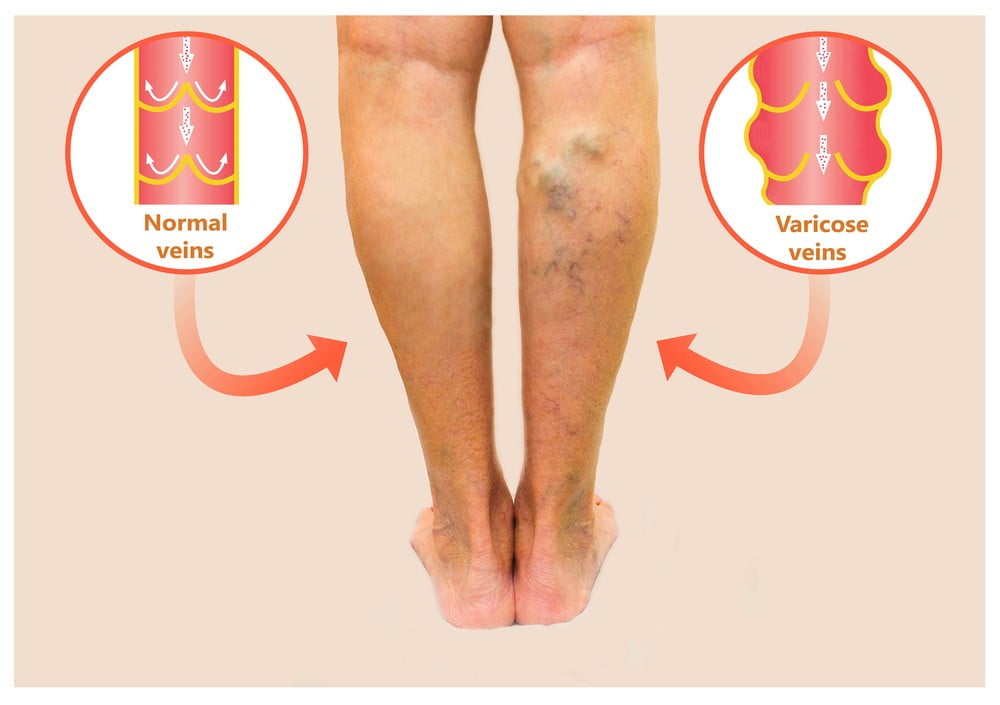 Amazing Benefits of Cashew in Tuberculosis 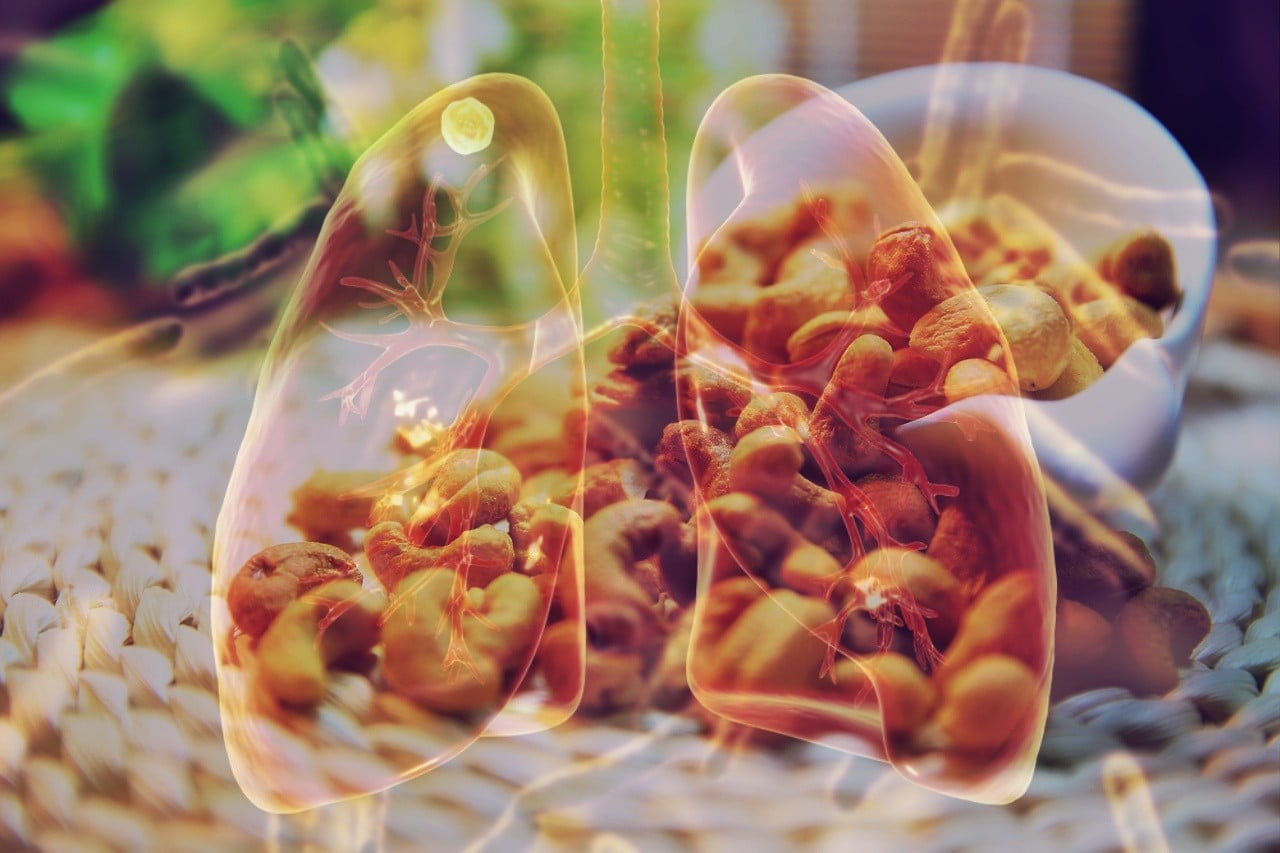 Uttam
Connected with leading Defence Organization with 10 years of experience in the fitness world.

The FreakToFit News Team is dedicated to distributing content that follows the highest editorial standards for accuracy, sourcing and objective analysis. Every news article is minutely fact-checked by members of our team. Moreover, we have a zero-tolerance policy with regard to any level of malicious or plagiarism intent of our writers and contributors.

All news articles of FreakToFit follow the following standards: