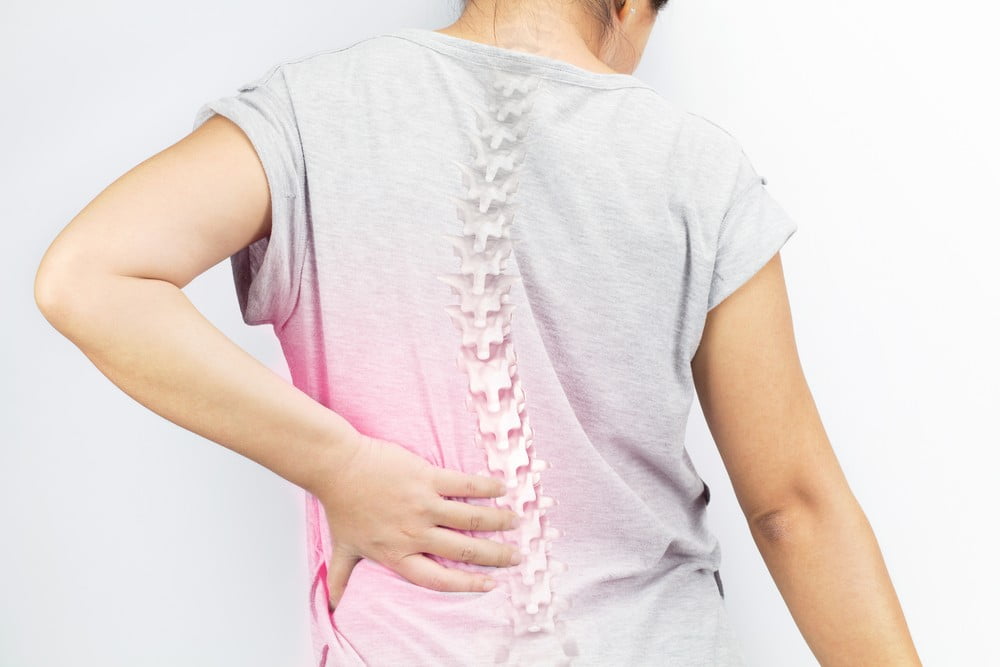 Back problems are a very common source of pain and disability, and the terms spondylosis and Ankylosing Spondylitis in females are commonly used when talking about them. These conditions are easily confused, but are quite distinct.

Ankylosing spondylitis denotes any disease which gives rise to inflammation of the joints between vertebrae as well as the sacroiliac ligaments. The joints usually involved are those at the bottom of the spine, between the sacral vertebrae the pelvic bones.

Spondylosis is a completely different disorder of the spine, resulting from degenerative rather than inflammatory changes in the joints. These changes may lead to outgrowths of small spurs of bone which can irritate nerves, causing pain.

Causes of Spondylosis or Ankylosing spondylitis in Males and Females.

Spondylitis may arise in the course of a number of different diseases, the best known of which is probably ankylosing spondylitis. Other conditions in which the illness can occur include psoriasis and some intestinal diseases such as Crohn’s disease or ulcerative colitis.

It sometimes follows certain bowel infections and a genitourinary disease that is sometimes referred to as Reiter’s disease. The exact cause of these diseases is unknown, but they all are similar that they may give rise to spondylitis, and sometimes arthritis of the limb joints.

It seems likely, however, that these conditions result from an abnormal response by the body’s defense or immune system so that inflammatory white blood cells accumulate in the lining of the spinal joints.

This is particularly true of ankylosing spondylitis in which the joint inflammation precedes the formation of bony bridges across the spinal joints. This leads to loss of mobility and in severe cases the spine may become rigid along its whole length so that the patient cannot bend his back at all.

This process whereby the spinal joints become fused is known as ankylosis which is how the disease derives its name. However, this severe type of spondylitis is seen only in ankylosing spondylitis — spondylitis accompanying other conditions is rarely so extreme.

In many cases patients with ankylosing spondylitis have been found that it belong to a particular tissue type known as HLA-B27, and it is currently thought that some people with this tissue type may be particularly liable to develop spondylitis after certain infections.(1)

Symptoms of Ankylosing Spondylitis in Males and Females.

The commonest and earliest symptoms of ankylosing spondylitis in males and females are aching and stiffness in the lower back, which are most acute in the morning and wear off during the day’s normal activities.

In more advanced cases the patient may notice restriction of spinal movement and chest pain as the joints between the ribs and the thoracic vertebrae are involved. If there is concurrent arthritis, the symptoms of pain, swelling and tenderness occur in the involved joints —most commonly the hip joints.

The other large joints such as the knees, wrists and ankles may also be affected. In addition,  iritis — red. painful eyes — sometimes develops, and may recur. Prompt treatment is needed to prevent the eye damage which may result.

The main complication of ankylosing spondylitis is the onset of postural deformities which vary from patient to patient. Recurrent iritis may lead to visual impairment and, very rarely, valvular heart disease develops.(2)

The treatment of the patient with ankylosing spondylitis involves the close cooperation of the medical team with the physiotherapist and occupational therapist. The main aim is to relieve pain and prevent deformities by a planned programme of back exercises.

Of all rheumatic diseases ankylosing spondylitis is the one which benefits particularly from exercise. This relieves pain, improves mobility and may prevent or delay the onset of bony ankylosis.(3)

Anti-inflammatory agents, such as aspirin or aspirin-like drugs, are useful in relieving symptoms. The use of these drugs together with physiotherapy forms the mainstay of treatment.

Ankylosing spondylitis may arrest itself at any time, or may last for life, but the symptoms can be controlled so that patients continue to lead a normal life. Only when deformities develop does it become necessary for a patient to adapt his job and life-style to any extent.

1. My husband suffers from ankylosing spondylitis. Is there any chance our children may develop this condition?

The inheritance of ankylosing spondylitis is a complex subject. It does have a tendency to run in families, and in particular it affects men more than women. It is possible therefore that one of your children may develop the condition. A child probably inherits a susceptibility to the disease, but only develops it on exposure to the causative agent – but till now it is unclear.

2. A young friend of mine who has ankylosing spondylitis recently had an operation for a hip joint replacement. He tells me that his hip disease is related to his back problem. Is this possible?

Yes. Some patients with ankylosing spondylitis develop an arthritis which affects the larger limb Pints. especially the hip. If the hip joint is badly affected and causing a lot of pain then it can be replaced with an artificial hip joint.

3. I have heard that people with ankylosing spondylitis benefit from exercise, although I have always thought that bed-rest was the best treatment for back troubles. What is correct?

For certain back disorders, such as a slipped disc, bed-rest is extremely beneficial but people with spondylitis often find that rest and immobility only make their back pain and stiffness worse. In fact they are considerably helped by a programme of regular exercises.

4. I have been told that I have ankylosing spondylitis and am worried that this may prevent me from driving. Could this possibly happen?

No. It is most unlikely to prevent you from driving. If patients do develop disabilities which make it difficult for them to drive, it is possible to make appropriate adjustments to their cars and so overcome the problem — the relevant authorities should be informed when the limb joints are affected.

The chief feature of spondylosis is inflammation of any of the spinal joints. It occurs in a number of conditions but treatment and light exercise/ yoga is usually very helpful.