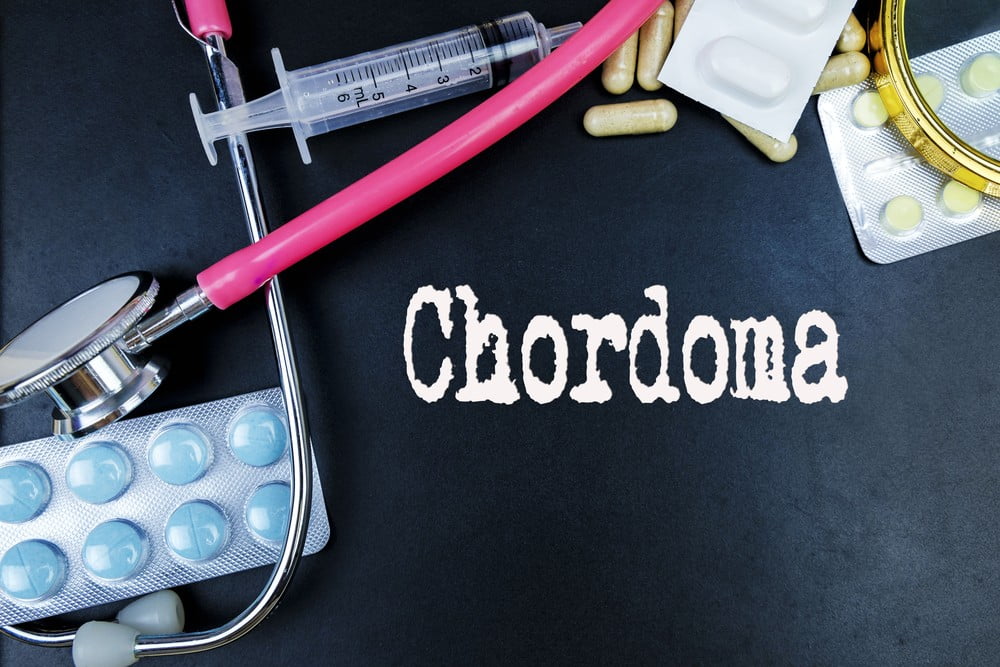 Chordoma is a kind of cancer that develops in the lower part of the spine (also called tailbone) and skull bone. This rare disease is prone to one in about one million people. It can happen at any age, even children can be vulnerable to this disease. Most chordoma tailbones are diagnosed at the age of 40 to 70 years. The risk of this disease is more in men than women.

Chordoma can develop anywhere in a person’s back, throat or scalp. Mostly it occurs in the lower part of the spine or skull. From here, chordoma can also spread to other organs of the body such as lungs. This disease spreads gradually.

Since this disease affects important parts of the body such as the brain and surrounding parts of the spinal cord, it needs to be treated very carefully.

The symptoms of chordoma tailbone, it can cause nerve suppression in the spine or brain, which arise problems like pain, numbness or weakness. Symptoms of the disease depend on where the cancer is and how big it is.

Having a chordoma in the brain can sometimes block the flow of fluid into the brain and spine. This makes the fluid accumulating and creates pressure on the brain. This is called hydrocephalus.

Doctors believe that this condition may be associated with disturbances in a gene called TBXT. In some families, TBXT starts to become an additional copy of the gene, called ‘Gene Duplication‘.

Therefore, in families where such genes have been identified, the risk of developing Chordoma is high. In addition, families with no history of the disease have also been found to have increased the functions of the TBXT gene. In these individuals, these changes occur only in tumor cells and it does not pass into other members of the family.

Doctors can do imaging tests for diagnosis. This can help to know where the cancer is inside the body and how big it is. This includes;

X-rays of the affected part are carried out with the help of radiation to make photographs of the brain or spinal cord.

In CT Scan, it capture several different angles and a detailed picture of the affected parts.

MRI is used to prepare images of internal organs and other structures using magnets and radio waves.

In addition, biopsy can also be done to identify where chordoma is. For this, doctors take a small sample of cells from the tumor and then examine in the lab with the help of a special microscope. Doctors can also perform blood tests, scan of the lungs or bones to find out whether the tumor is spread.

The treatment of this disease depends on the size and location of the tumor.

Surgery for spine tumors is tried to remove the tumor. However, this surgery can be difficult as this tumor occurs near vital structures in the spinal cord.

It tries to destroy cancer cells using X-rays or protons. During radiation therapy, the patient is put on a table around which a machine revolves. Radiation therapy can be used before or after surgery at the moment.

Treatment For Tumors in The Scalp.

It usually undergoes surgery after radiation therapy. The goal of this surgery is to remove the tumor without damaging the nearby healthy tissues. It will not be easy to completely remove it if the tumor is near a complex structure such as the carotid artery (major blood vessels of the neck).

There may also be a need for endoscopic surgery or radiation therapy to remove more and more tumors.

Radiation therapy can be done after surgery to kill cancer cells. Thereby, prevent them from developing again.

1. What is modern treatment for chordoma?

As the technologies are getting advanced the treatment are also getting modern. The modern treatment for chordoma are molecular sequencing, radiotherapy and clinical trials for molecular targeted agents. Photon therapy with precise and modern techniques are used to treat skull base chordoma.

2. What are the symptoms of clival chordoma?

3. Can a 21 year old female have sacral chordoma?

Yes, she can have sacral chordoma but the chances are about 5%.

Chordoma tailbone is one of the hazardous health issue which need to be concern within the correct time frame. It can hamper several organs of the body if increase. So, with regular exercise and clean diet you can suppress the symptoms of this disease.

With proper treatment and medication one can get rid of it. However, you should regular check your health from your nearest health centre, as a result you can prevent those diseases with the correct way. Unique Types of Plank Exercise and Its Benefits