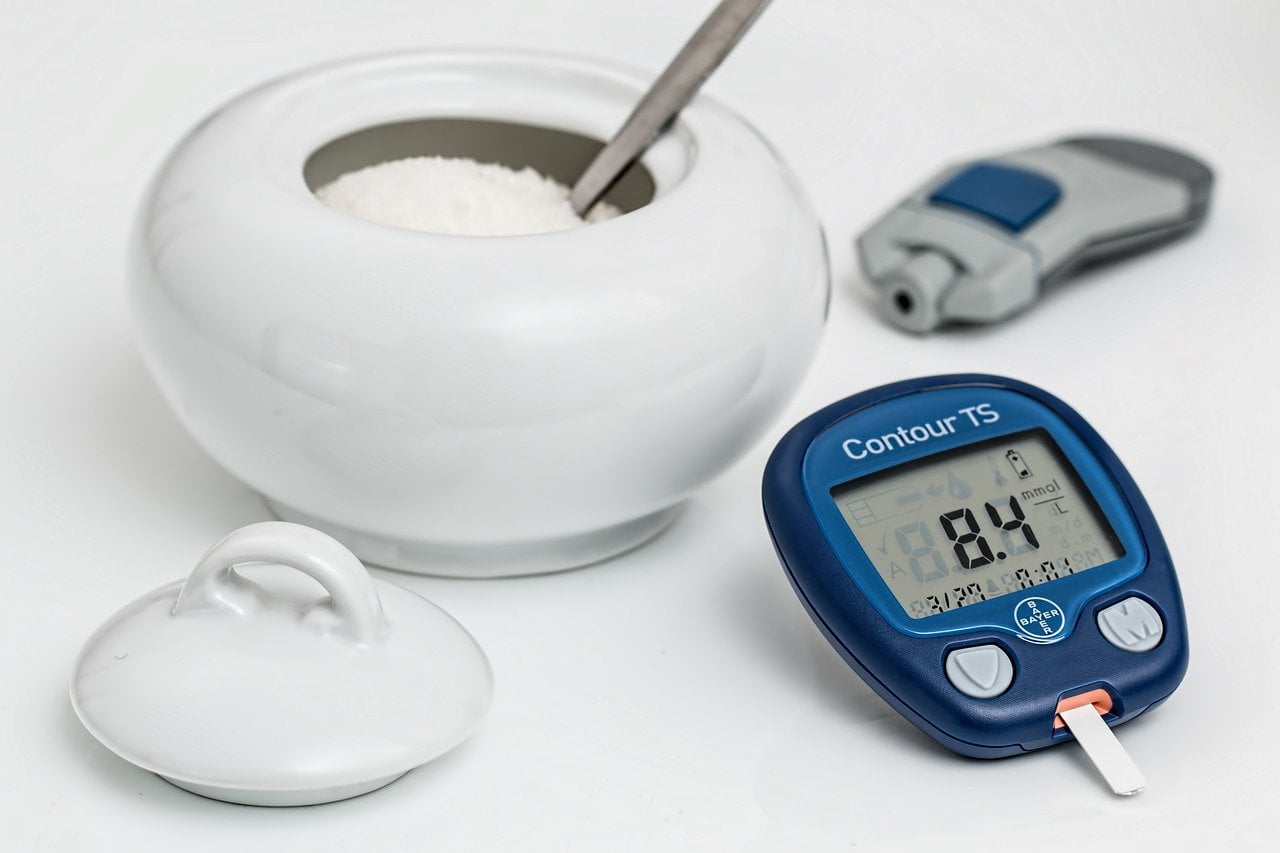 Diabetes is a condition where there is an abnormally high level of sugar in the blood. The disease, and its symptoms, have been recognized for hundreds of years. Affected person pass abnormally large quantities of urine, as a result developing an abnormal thirst and losing a great deal of weight.

In the 17th century, when diabetes was known as ‘the pissing evil‘, it was noticed that the urine of most sufferers was especially sweet. In a few cases, however, it was tasteless.

The first type had diabetes mellitus (mellitus means ‘like honey’), and is the disease we know today as plain diabetes. The second type, called diabetes insipidus, is extremely rare and results from a failure of the pituitary gland in the skull.

Thousands of people in every country suffer from diabetes mellitus. In the United States 2 to 4 per cent of the population are diagnosed diabetics, and an additional 2 to 4 per cent have abnormal glucose tolerance.

One in six hundred school children requires insulin. Diabetes results from a failure in the production of insulin, one of the body’s hormones, or chemical ‘messengers’. Its job is to keep the blood’s sugar content in control by directing it into the cells, where it can be put to its proper use: ‘fuel’ to produce energy.

Without insulin, the body’s cells become starved of sugar, despite the high level in the blood.

In most diabetes sufferers, the lack of insulin is due to a failure of the part of the body responsible for producing insulin. This is the pancreas, and the failure is caused by the destruction of its insulin- producing cells.

No one knows exactly how the destruction occurs, but it is the subject of much research. It seems that some people are more prone to develop diabetes and that some event—possibly an infection—may trigger the onset.

The sort of diabetes which develops suddenly due to a complete or serious failure of insulin tends to afflict young people and children, and it is often called juvenile diabetes. Luckily, it can be treated with injections of insulin from cattle, pigs, or humans.

The majority of diabetics, however, suffer from what is called maturity onset diabetes. In this case, the pancreas does produce insulin, often in normal amounts, but the tissues of the body are insensitive to its action which produces the high blood sugar level.

The condition often goes hand in hand with being overweight, and the problem is treated by dieting so that the load of sugar is reduced. Usually there is a back- up to the diet in the form of tablets which stimulate the pancreas so that it produces more insulin.

Unfortunately, this picture of 2 separate sorts of diabetes is too simple. In reality, the two types tend to merge into each other.

However, some people and even children seem to have the maturity onset type, while some elderly patients may require insulin to keep their blood sugar level down.

How Serious Is Diabetes?

The disease may be serious for two reasons. First, without insulin injections, the young diabetic simply continues to lose weight until he or she lapses into a coma and dies.

Secondly, diabetics can develop complications—in other words, additional complaints as a result of their condition.

Generally speaking, the healthier the level of blood sugar is controlled, the less likely complications are to occur.

The most serious complications concern the eyes and kidneys and are caused by the disease’s effect on the blood vessels.

It is usually possible to see some changes to the blood vessels in the back of the eye of any long-standing diabetic, and in a very few cases, this worsens to the extent that the patient eventually loses the sight of one or both eyes.

In addition, diabetics may also develop abnormalities in their nerves which, among other problems, can lead to a loss of feeling in the hands and feet.

Finally, the diabetic has, unfortunately, a tendency to develop artery trouble, which in turn causes strokes and heart attacks. For this reason, diabetics are particularly encouraged not to smoke, since this also increases the likelihood of arterial disease.

How Does Insulin Injections Work In Diabetes?

It is important to know what does insulin do for diabetes? In general, it is the patient whose diabetes comes on early in life who needs insulin, although a fair proportion of those who start diabetes later in life will also eventually need it.

The hormone is given by injection, basically under the skin of the thigh. Diabetics learn to draw their own insulin up into a syringe and give themselves the injections.

This usually has to be done twice-daily, and often different formulations of insulin are used to try and spread the total effect out during the course of the day.

Once a diabetic has taken insulin, his blood sugar level will start to fall, but this is not, however, the end of his problems. Sometimes the sugar level drops too far as a result of taking the insulin.

Sugar is an essential sustenance not only for the body’s tissues in general, but particularly for the brain. If the sugar level falls too low, the brain ceases to function properly and the patient becomes unconscious.

Luckily, diabetics can learn the early symptoms of a falling blood sugar level. These are shakiness, sweating, tingling around the mouth and often a feeling of being rather muddled.

The treatment for these symptoms, known as hypoglycaemia (which means low blood sugar level) is to take some form of sugar by mouth immediately.

Apart from the the work of insulin in diabetes, it is also important to know the way of balancing of the insulin in the body. Because of the risk of ‘hypo’ attacks, it is important for the diabetic to try and balance his food intake with his insulin injections so that the sugar level is kept somewhere near the normal range without too much soaring up and down.

This means regular meals containing similar amounts of carbohydrate (food that is broken down to sugar in the blood). All diabetics, whether insulin-treated or not, should avoid sugar or foods which contain sugar such as jam, sweets, cakes and fruit squash drinks.

Their sugar content is absorbed rapidly in the stomach to produce brisk increases in the blood sugar level. But clearly, the use of sugar to halt a ‘hypo’ attack is a exception to this rule.

As well as carefully planned insulin injections and a regulated intake of carbohydrates, most diabetics use some form of measuring technique to keep a check on their blood sugar level.

However, diabetics are making increasing use of special testing sticks to measure the blood sugar level directly.

The sticks contain sugar-sensitive chemicals, and blood is taken from a small prick in the finger.

What Causes A Coma?

Diabetic coma is an unfortunate term, which can refer to two completely different situations. Hypoglycaemia (the ‘hypo’ attack) is a low blood sugar level that causes loss of consciousness. Hyperglycaemia is when the insulin dependent diabetic develops a high blood sugar level.

Clearly, the two conditions are different, although some people may confuse them. A ‘hypo’ attack can develop in a matter of minutes, and is easily stopped by taking sugar.

A high blood sugar level, on the other hand, takes hours, or even days to develop, and may take hours to cure.

As the sugar level peaks due to lack of insulin, the cells are starved of ‘fuel’. They have to burn something to keep alive, and so they start getting through fat instead.

Used-up fat produces waste products called ketones, and the presence of excess ketones produces high blood acid levels. If this is not corrected with insulin, it may cause death.

Generally, the right time to check diabetes is after 1 hour of having meal as it will give the accurate result. Thereby, normal blood sugar 30 minutes after eating should be under 180mg/dL as per ADA.

The Future For Diabetics.

Apart from several researches into the basic cause of this metabolic disorder, there have been, and will continue to be a number of helpful improvements in the treatment.

Insulin due to its effective work in diabetes is becoming steadily more highly purified, and thanks to the technique of ‘genetic engineering’ we will soon have insulin which is identical to that produced by the human pancreas, rather than having to use animal insulin as at present.(2[popup_anything id=”32537″])

Techniques for taking insulin are in addition becoming more refined. The twice-daily injections can be replaced, for some patients, by a continual delivery of insulin from a special pump.

This is worn, possibly from a belt, and is only about 15 cm (6 inch) in length. The insulin work in diabetes after it enters by a needle inserted in the skin of the abdomen.

And, finally, the treatment of eye problems caused by diabetes has advanced tremendously since the introduction of lasers to treat abnormalities at the back of the eye.

FAQ. (How Does Insulin Work in Diabetes?)

1. Will eating too much candy make my child likely to develop diabetes—either now or later in life?

No. If a child is going to get diabetes, it will be the type caused by non-performance of insulin. This is a hormone (a chemical messenger which affects certain bodily functions) produced in the pancreas.

Being obese or eating sweet things has nothing to do with whether the insulin-producing cells in the pancreas are functioning properly or not.

2. Is there any age when diabetes is more likely to come on?

It can start at any age, but it is unusual before a child reaches five years. If the disease come in early life, it is most likely to do so at the age of puberty or in the late teens or early twenties. After that, there is no particular age at which it is more or less likely.

3. My husband has been diagnosed as a diabetic, and I am afraid the illness may change his personality, for example by making him bad-tempered. Am I right to worry?

Not really. Obviously, diabetes, like any other illness, can put the patient under strain, but it does not cause personality changes. There is certainly nothing to suggest that diabetic children grow up having developed inadequate personalities because of their diabetes.

4. Is it safe for a diabetic person to drive a car?

Generally yes. The only danger is that the insulin-controlled diabetic might suffer sudden loss of consciousness as a direct result of a hypoglycemic attack, which means that the blood sugar level falls too low as a result of the insulin dose getting out of balance.

Diabetics have to declare that they suffer from the disease when applying for a license to drive any kind of vehicle.

We may now understand that you are fully aware about how does insulin work in diabetes? Presently diabetes is no longer feared after the treatment was discovered in the 1920s, and current research constantly improving the outlook for diabetics.

Freaktofit has strict sourcing guidelines and relies on peer-reviewed studies, educational research institutes, and medical organizations. We avoid using tertiary references. You can learn more about how we ensure our content is accurate and up-to-date by reading our editorial policy. 1. Impaired Glucose Tolerance and Impaired Fasting Glucose; https://www.aafp.org/afp/2004/0415/p1961.html 2. The Discovery of Insulin: An Important Milestone in the History of Medicine; https://www.ncbi.nlm.nih.gov/pmc/articles/PMC6205949/ 3. Robert Tattersall, The Pissing Evil: A Comprehensive History of Diabetes Mellitus; https://academic.oup.com/shm/article-abstract/32/3/652/5479987?redirectedFrom=fulltext 4. Diabetes and Hypoglycemia; https://www.diabetes.co.uk/Diabetes-and-Hypoglycaemia.html 5. hyperglycaemia (hypers); https://www.diabetes.org.uk/guide-to-diabetes/complications/hypers 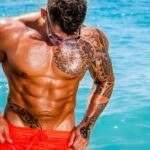