Reye syndrome is a very rare disorder, causing damage to the brain and liver. Although these syndromes can occur at any age, but the cases are more observed in the children. It is mostly infected those who have recently had a viral infection, such as chicken pox or flu.

Taking aspirin when a viral infection, increases the risk of having Reye syndrome. Chickenpox or flu has a headache for the child, but keep in mind that in such a situation do not give them aspirin.

What are the Symptoms of Reye Syndrome?

The symptoms of Reye syndrome instigate to appear a few days after viral infections such as colds, flu and chickenpox.

Symptoms at the first stage may include:

The symptoms of the second stage:

The symptoms of the third stage:

The symptoms of the fourth stage:

Symptoms of the fifth stage include:

Cause of Reye Syndrome.

The exact cause has not yet been ascertained, though these can be due to a variety of reasons. It is believed that the use of aspirin during viral infections leads to the onset of this syndrome, especially during flu and chickenpox.

In some cases, it is already present as a metabolic disorder that is exposed to viral infections. In addition, exposure to toxins such as pesticides and paint thinners can also cause this syndrome.

How to Identify Reye Syndrome?

Blood and urine tests as well as fatty acids oxidation disorders and other metabolic disorders are also tested. (1)

It also help to identify the symptoms of other diseases of the spinal cord such as meningitis or encephalitis. (2)

Liver biopsy can help to identify other conditions affecting the liver. (3)

Computerized Tomography (CT) scans or magnetic resonance imaging (MRI) can help to identify other causes such as behavioral changes or dilution. (4)

Biopsy of the Skin.

How To Treat Reye Syndrome?

Reye syndrome is a serious condition that can be emergency, so it is necessary to have early treatment. There is no cure for Reye syndrome, but an attempt can be made to treat or reduce its symptoms.

For this, the child has to be hospitalized and the doctors must take care of that child’s body, it does not lack water and the balance of electrolytes must be correct. Children who are having seizures due to Reye syndrome are given medicines to control seizures.

A breathing machine or respirator is used to keep the breathing normal in severe cases. The sooner the diagnosis of this syndrome is, the more likely the person is to recover, otherwise it can cause permanent damage to the person’s mind.

Reye syndrome also acknowledged as Reye-Johnson syndrome which is a rare disorder and which can cause severe damage to the liver and brain. If it is not treated immediately, it can lead to permanent brain injury or death.

Reye-Johnson syndrome is a rapidly growing encephalopathy that causes death in 20-40% of affected people and leaves the brain of one-third of those who survive by damage to a significant degree. About 90% of cases in children are associated with the use of aspirin and often their liver is increased. (6) 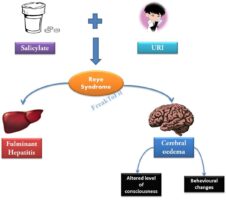 The rates of this syndrome saw a decrease of more than 90% when the use of aspirin in children was stopped. It affects one or two out of one million children per year. In the world, less than 250-500 cases are registered every year.

How It Affects the Body?

It affects all organs of the body but is most harmful for the brain and liver. It increases brain pressure rapidly and often causes mass clots of fat in the liver or other organs.

How To Prevent and Control Reye Syndrome?

Avoid giving aspirin to children and adolescents. Instead, give acetaminophen or ibuprofen to relieve fever and pain.

Children with fatty acid oxidation disorder should not give products containing aspirin.

The drugs used in treatment are;

Intravenous Liquid: Glucose and electrolyte can be provided through IV tube. (7)

Diuretics: It can be used to reduce intra-cranial pressure and increase the loss of liquid by urination. (8)

Mannitol: It is a drug to help in brain inflammation. (9)

What are the Exercises for a Person with Reye Syndrome?

No special exercise is recommended for patients with this syndrome. They may practice freehand light exercise or yoga.

Low aspirin is considered safe to use daily in pregnancy, which is less likely to cause problems in the mother or child.

Women with low-dose aspirin prophylaxis preeclampsia are recommended to take more risk and should be introduced between 12 weeks and 28 weeks of pregnancy. (10)

Low dose aspirin prophylaxis should be reviewed for women who have several moderate risk factors for preeclampsia.

1. Does Pepto Bismol cause Reye syndrome?

Yes, according to the several studies it is found that Pepto-Bismol can cause Reye syndrome. However, it is not limited to Pepto-Bismol, other studies proved that, this syndrome are also connected with the use of aspirin.

2. Can Advil cause Reye syndrome?

3. Can adult gets Reye syndrome?

Yes, this syndrome was also diagnosed in the seven adults with the age of 18 to 46 years old. It is more difficult to diagnose in adults and can suspected in patients with symptoms of unexplained altered behavior with viral illness and vomiting. Liver biopsy is usually mandatory for the adults.

Brain Damage can also cause death if Reye syndrome is not treated. Therefore, it is necessary to consult a doctor immediately based on the symptoms.

It is always recommended to consume medicine after consult with doctor. Apart from that try to live a healthy life along with healthy diet and light exercise.

Connected with leading Defence Organization with 10 years of experience in the fitness world. 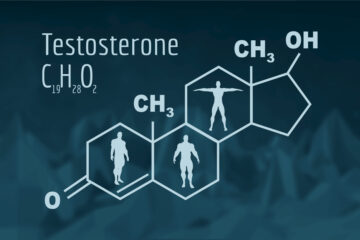 Testosterone is a hormone that stimulates sperm production as well as a man’s sex drive. It also helps in building muscles and bones. Production of testosterone usually decreases with aging. So, today, we will discuss Read more…

Back problems are a very common source of pain and disability, and the terms Ankylosing Spondylitis and spondylosis are often used when talking about them. These conditions are easily confused, but are  quite distinct. Ankylosing Read more… 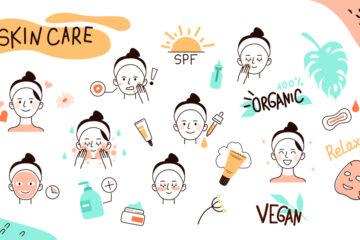 ♥ This article changed my life!

👍 This article was informative!

How can we improve it?

👎 This article doesn't have the information I'm looking for