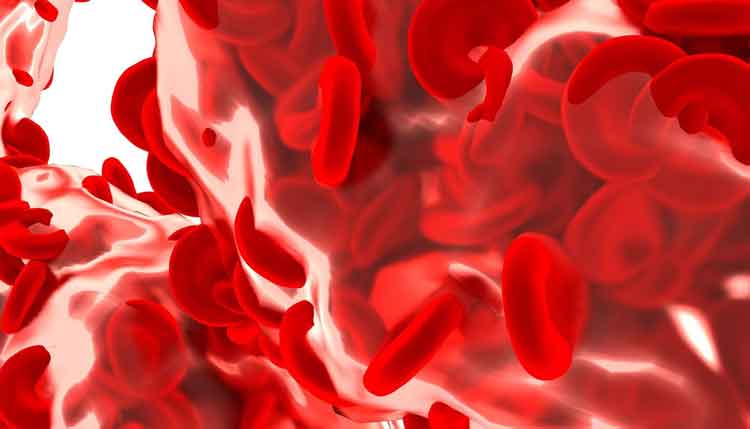 Sepsis and Its Complete Dietary Management: Before we get into depth first let’s see what is sepsis? Sepsis is defined as the presence of an infection due to an identifiable organism. Bacteria and their toxins lead to a strong provocative reaction. Viruses, fungi and parasites also cause sepsis infection and inflammation.

The Systemic Inflammatory Response Syndrome (SIRS) is the term used to describe the inflammation that occurs in infections, burns, multiple trauma, shock and organ injury. The inflammation is usually present in areas much away from the primary site of injury and affects healthy tissues.

Association Between Sepsis and SIRS.

The association between the terms sepsis and SIRS can be better understood by the diagnostic criteria. SIRS commonly leads to development of Multiple Organ Dysfunction Syndrome (MODS). It generally begins with lung failure followed by failure of the liver, intestines and kidney.

Multiple hypothesis have been proposed to explain the development of SIRS or MODS. The progression of SIRS to MODS appears to be mediated by excessive production of pro-inflammatory cytokines and other mediators of inflammation. According to the “gut hypothesis” disruption of the gut barrier function results in translocation of enteric bacteria into the mesentery lymph nodes, liver and other organs.

Despite a number of advances in the treatment of infections and a better understanding of its path physiology, the mortality and morbidity rates from septicemia are high. Unlike elective surgery and trauma, the response patterns following major infection are unpredictable.

Both these responses reflect the body’s reaction to systemic infection and are modified by the underlying disease and physiologic reserves of the patient. The invasion of the body by infective agents initiates host responses. There is mobilization of phagocytes and inflammation at the local site. As the infection progresses, fever, tachycardia and other responses occur.

Many of the metabolic responses to infection are similar to those following injury. The key changes includes:

Oxygen consumption is elevated in the infected patient. It may be 50-60% higher than normal and is related to the severity of the infection (PaCO, of < 32 mmHg-hyperventilation). In the pre-operative and post injury period, such a response is often occurs from secondary to severe pneumonia, abdominal infection or wound infection.

Increased metabolism is related to fever being 10-13% for every 1°C elevation in temperature. The metabolic rate returns to normal as the infection resolves.

Blood glucose levels are generally elevated in the infected patient but plasma insulin levels are normal or even higher in previously healthy patients who develop infection.

Fat is the major fuel oxidized in infected patients. If nutrition support is inadequate, the peripheral fat stores are mobilized. Increase in the sympathetic nervous system activity mediates the increase in lipolysis.

Changes in the balance of magnesium, phosphate, zinc and potassium follows alterations in nitrogen balance. Iron and zinc level in the blood are decreased. This is not only due to body losses of these minerals but due to accumulation within the liver as a part of the lost defence mechanism.

Hormonal responses during the hyper metabolic phase of infection are same as in case of injury. Serum cortisol levels are elevated, glycogen is incurred and insulin levels may be normal or higher. The levels of catecholamine, growth hormone, antidiuretic hormone (ADH) and aldosterone are also elevated. The growth hormone level remains elevated during convalescence, to promote anabolism.

Interleukin-1 is an endogenously produced pyrogen which produces fever and has direct effects on the liver; it promotes hepatic repletion of zinc and iron, increases plasma copper levels and stimulates hepatic synthesis of plasma amino acids.

The metabolic and hormonal changes discussed above can result in reversible or irreversible alteration in the structure and/or function of one or more organs over a period of time. This is often stated as multiple system organ failure.

Failure of essential organs is the most severe complication of sepsis and may result in death. Therefore, the treatment of systemic infection consists of use of antibiotics, support of cardiovascular and respiratory function, supportive therapy of specific organs and vigorous nutrition support.

Septic shock may lead to a decrease in peripheral resistance and cause pulmonary insufficiency. Patients often require ventilator support. Inadequate cardiac output may lead to impairment and malfunction of the kidney.

The resulting uremia superimposed on the sepsis further impairs the hyper catabolic infected host. Sepsis causes marked changes in the structure/ function of gastrointestinal tract and may lead to stress ulcers and bleeding.

Dietary Management of Sepsis and MODS.

Patients suffering from sepsis and/or resultant multiple system organ dysfunction are critically ill and admitted in the intensive care unit of the hospital. They usually have an impaired immune function and compromised cardiopulmonary functional capacity.

Such patients may also have reduced functional and regulatory capacities of renal and/or gastrointestinal tract and impaired immune function along with compromised cardiopulmonary function capacity.

Meeting the nutritional requirements of such patients can be a challenging issue as they suffer from not one but several metabolic physiological abnormalities. For example a diabetic patient may be suffering from urinary tract infection and end stage renal disease, wherein the dietary management of one may be contradictory for the other form of illness.

Further, these patients may be on life-support system (such as ventilator, catheters and dialysis) and oral intake may not be feasible. Multiple abnormalities may appear in the metabolism of energy, protein, carbohydrates, fat and several vitamins minerals.

While meeting the nutrient requirements may not be always feasible; our endeavour should be to help the patient in maintaining a good nutritional status and prevent the progression of the disease.

It is important to remember here that the nutritional care process undergoes several modifications over a small period of time and may require immediate implementation. However, the major/broad objectives of nutritional care are:

The nutrition care plan for meeting the above mentioned objectives can come into play only when the patient is haemodynamically stable.

It is important to note that over-enthusiastic feeding of the patient would only worsen his disease condition. Patients suffering from sepsis and / or MODS should not be expected to gain weight of body mass or strength until the source of hyper metabolism is treated.

So, let us first discuss about the energy requirements during sepsis.

Patients suffering from septicemia with or without MODS are generally hyper metabolic which results in weight loss. Critically ill patients are generally able to tolerate around 25-30 Kcals per kg usual body weight.

Although adequate energy is essential for metabolic and stressed patients. However, excess calories intake may elicit complications such as hyper-glycaemia, excess carbon-dioxide production, which can exacerbate respiratory insufficiency or prolong weaning from mechanical ventilator.

Whatever may be the amount of calories given to the patient, our objective should be to maintain blood glucose levels ≤100 mg/dl, if required by the help of insulin.

Proper choice of enteral parenteral tube feeds along with insulin infusion is advocated. A combination of two or three types of feed formulas may be required to meet the individualistic requirements of a patient. However, in isolated cases if oral intake is feasible; it is usually in the form of full-fluid semi-liquid diets (mild sepsis/ MODS).

Adequate amount of protein is required to improve immunity against infections, promote recovery, spare lean body mass and reduce the amount of endogenous protein catabolism for glyconeogenesis. The requirements may vary from 0.8 gm to 2.0 gm per kg of usual body weight per day.

During mild sepsis with adequate organ function, the protein intake can be maintained at 0.8 gm/kg usual body weight per day. Intact protein or protein rich foods can be included in the form of enteral tube feeds or as liquid or semi-soft diets.

However, the patient who is having complications particularly of liver or kidneys, it is advisable to give specific amino-acids according to the underlying disease condition.

Carbohydrates should constitute nearly 60% to 70% of the total energy. Glucose is the primary calorie substrate in a parenteral and nutrition formulation. Parenteral nutrition should be initiated with a low dextrose infusion rate.

Fats may provide 15% to 40% of the total calories depending on the underlying complications. Fat helps in preventing the deficiency in the presence of hyperglycemia. However, intravenous fat emulsions may create problems in patients having severe infection, liver or gall bladder disorders.

The requirement of almost all vitamins and certain mineral increases due to infection and inflammation. In the absence of underlying complications adequate intake of all minerals and trace-elements like iron, calcium, zinc, sodium, potassium and magnesium is suggested.

However, if the patient is suffering from complications of liver, kidney or oedema then the sodium and potassium intake should be regulated. Liberal amounts of foods rich in B-group vitamins, vitamin A and C should be included in the diet. Adequate amount of fluids should also prevent complications arising due to dehydration or hypovolemia.

The preferred route for feeding the patient should be oral intake via the utilization of gastrointestinal tract. If oral intake is feasible, natural foods may be given in the form of semi-soft full-fluid diets. However, if oral intake is not possible then we should opt for enteral feedings which can be prepared from natural foods (absence of MODS/ complications).

Commercially available foods (intact, hydrolyzed or semi-hydrolized formulas) parenteral nutrition should provided if other forms of feedings cannot be possible.

Therefore, the dietary management of septic patients, especially those suffering from MODS is complex and needs to be altered after every few hours depending on the clinical parameters which are analyzed at least 24 hourly.

Sepsis is one of the life threatening conditions which occur in the presence of infection. Bacteria or viruses are the main reason for this disease.

Therefore, the patient those who are suffering from sepsis are critically ill patient and need to look after very cautiously. According to the patient’s condition a proper diet consisting all macro and micronutrients are always recommended.

What is Food Pollution or Food Adulteration: Types and Recommendation 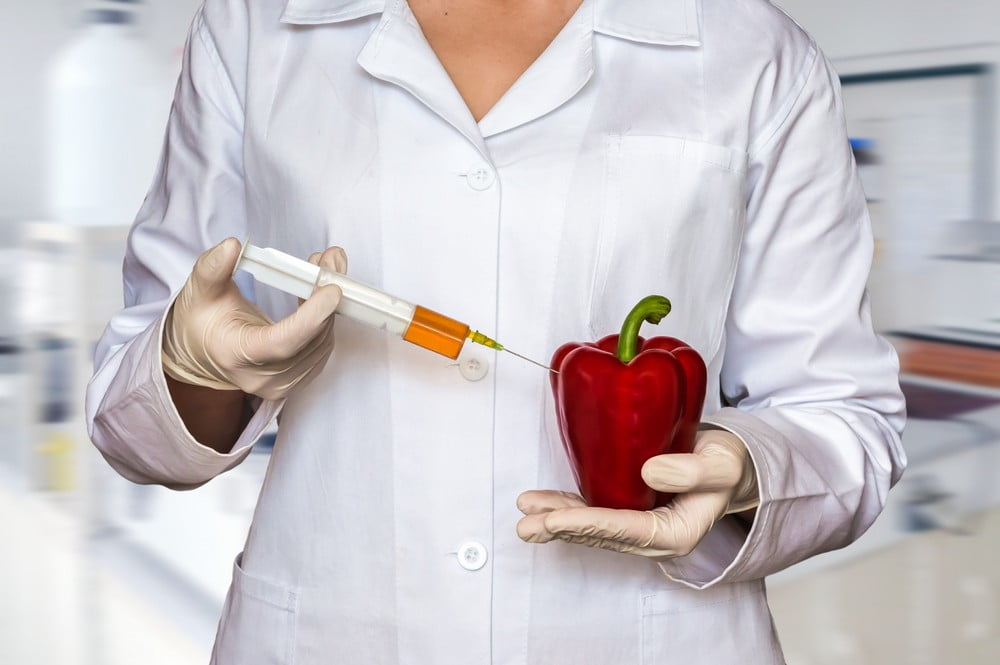 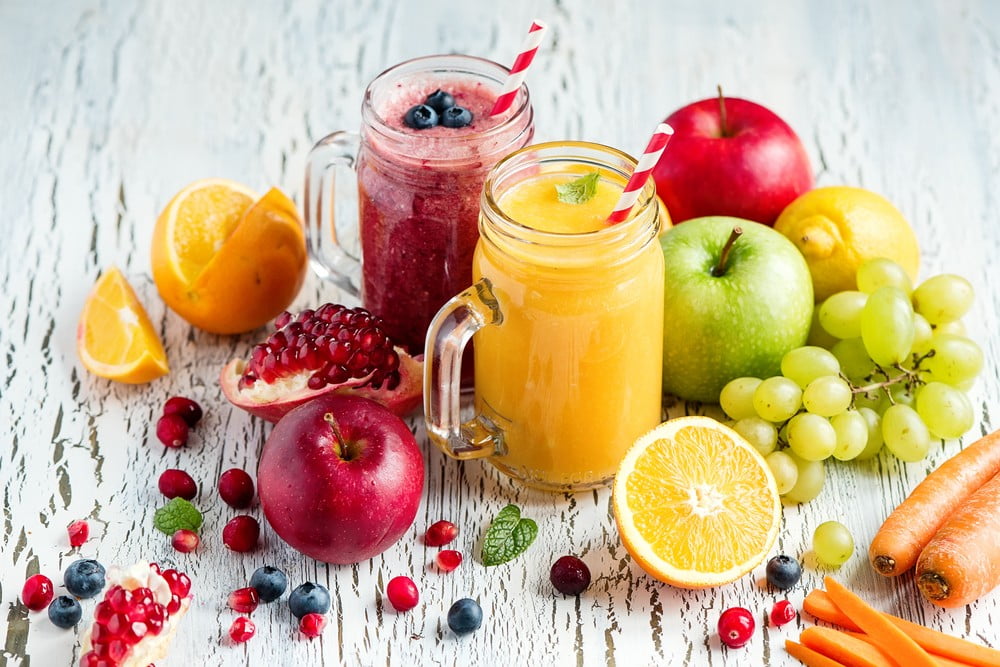 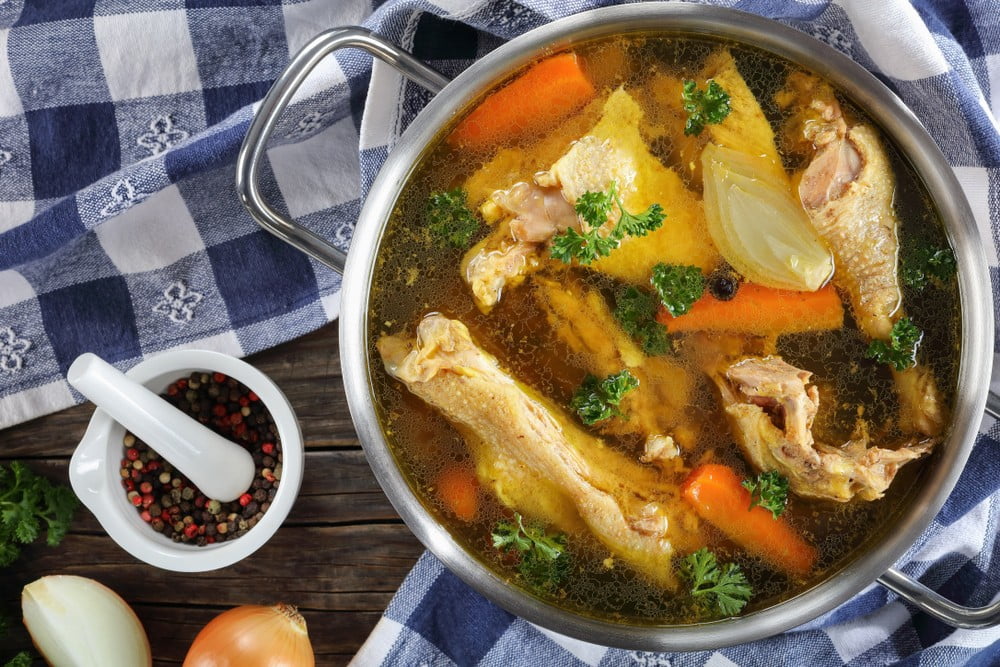 How To Make Hibiscus Tea From Fresh Flowers? 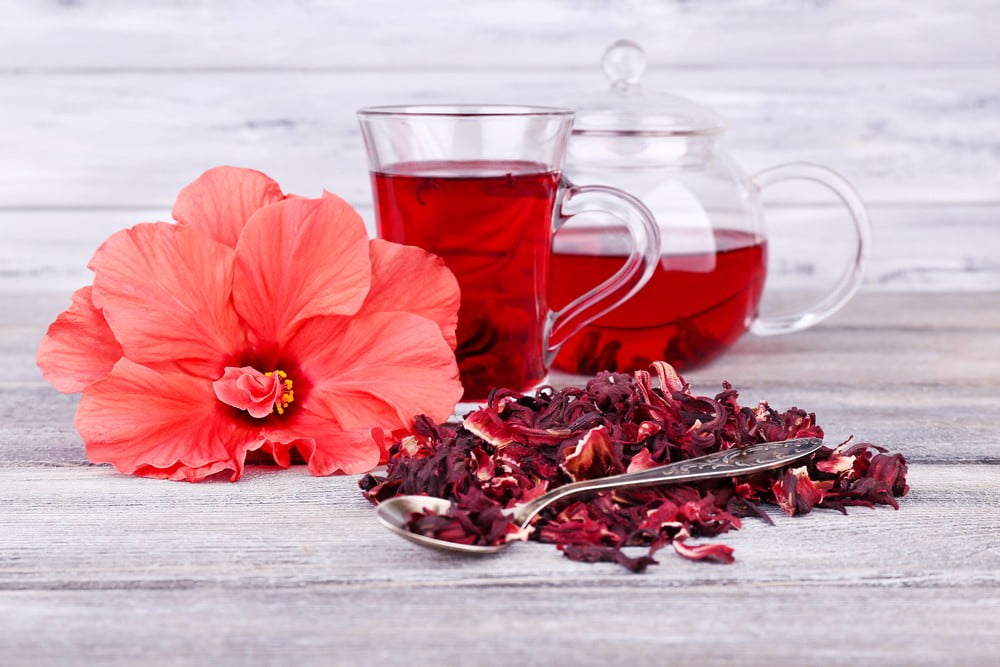 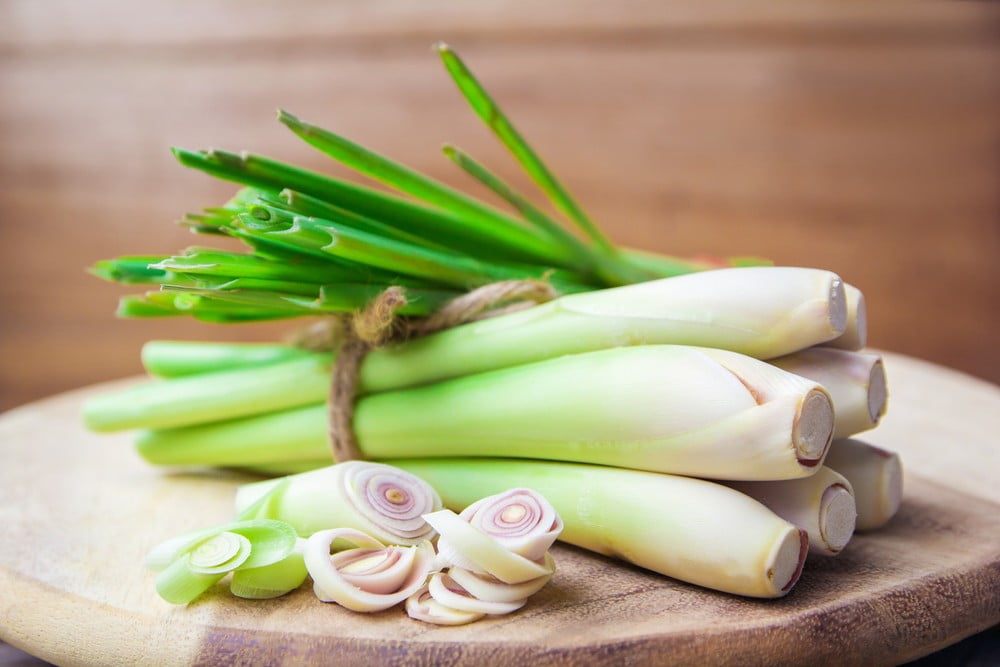 Life Expectancy of Chronic Pancreatitis with Causes and Symptoms 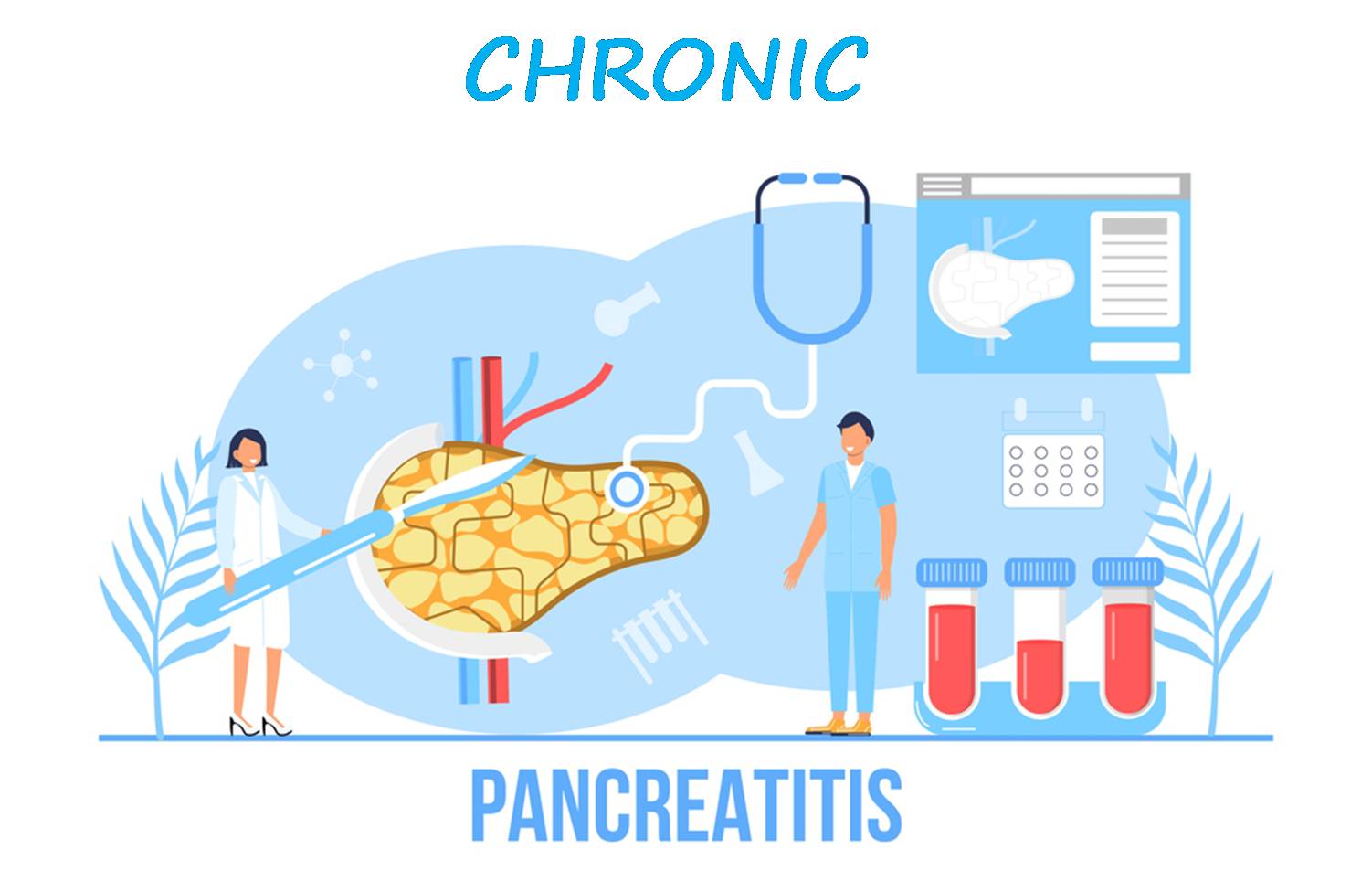 Nebadita
Experienced in the field of nutrition, health, fitness, and more. She earned Master Degree from National Institute of Nutrition, Hyderabad and currently serving in the Eastern branch of ICMR.

The FreakToFit News Team is dedicated to distributing content that follows the highest editorial standards for accuracy, sourcing and objective analysis. Every news article is minutely fact-checked by members of our team. Moreover, we have a zero-tolerance policy with regard to any level of malicious or plagiarism intent of our writers and contributors.

All news articles of FreakToFit follow the following standards: