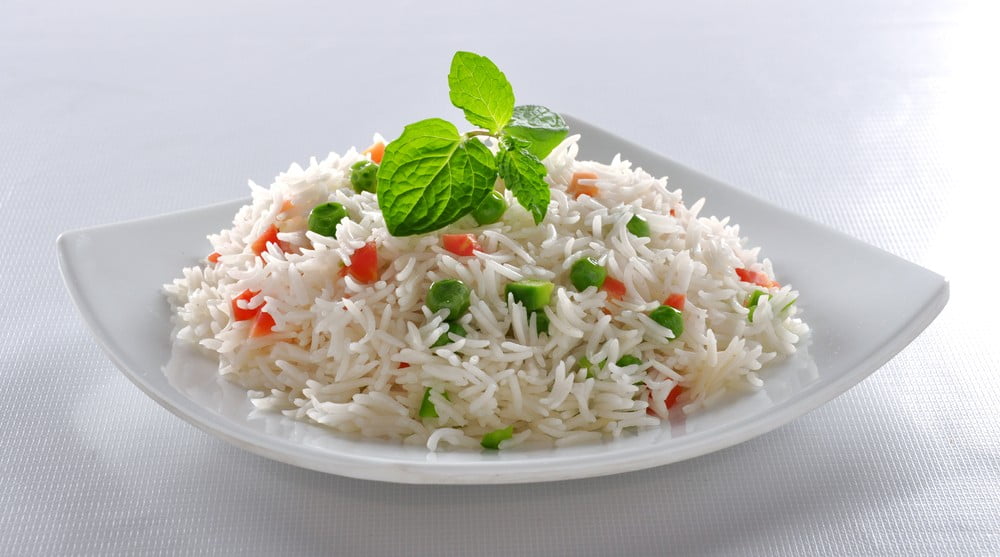 Rice is considered to be the third largest main food in the world after maize and wheat. The people of Asia have developed a relationship with rice in particular. It is consumed in various forms and sizes. Here we will discuss the healthy comparison of both methods (fried rice vs steamed rice) and the essential points related to these two rice.

There are many different varieties of rice and cooking methods, which are liked by different people and each variety creates different fan base. White rice and brown rice are two important categories of rice, and are fried and cooked in steam, etc.

Which Is Healthy Steamed Rice or Fried Rice?

Fried rice contains much more calories than white rice. Unlike protein (5 kcal), oil and fat (9 kcal) have the highest calories per gram. So if you are trying to lose extra fat and weight, then you must avoid to eat fried rice.

Calories a person can get from 1 cup of cooked steamed rice is 204 calories.

Calories a person can get from 1 bowl of fried rice is 250 calories.

Is Steamed Rice Better For You Than Fried Rice?

Most notably, fried rice and pilaf style rice have a higher proportion of resistant starch than the most commonly eaten type, boiled rice, as it may sound strange. If digestible starch can be reduce in boiled rice, it can help you to burn calories.

Although rice is either fried or boiled, it contains the main ingredients, the way it is made is different. Because of this, there are many differences between the two, some of which are highlighted below.

Boiled rice needs to be cooked on the same flame. From first to last, when it turns from hard to soft. Water is the only element in it. Rice will remain sticky in the final form so that it sticks to each other.

On the other hand, boiled rice is reheated and converted into fried rice. It contains a variety of elements including oil. Once they are well cooked, they will feel crunchy, making them completely stormy.

Only water is required to prepare boiled rice. In some cases, light salt is used for taste. But no oil or spice is added. After cooking, excess water is drained out.

That is why steamed rice is considered healthy. It has no taste. The taste is determined by consumption of vegetables or meat in addition to rice.

On the other hand, fried rice uses oil, salt in taste and a variety of spices. As a result, they become delicious. Fried rice can be eaten with various foods including meat or vegetables.

But because of the mixture of oil and spices, they can also eat separately without a plate of food. However, in terms of health, they are not as healthy as boiled rice.

But then, if you want, it is still possible to cook them healthy. The only exception is that no fat is allowed to be used in them.

Boiled rice requires water to cook. So, it is free from fatty elements like oil. And when it comes to calories, they are very low in quantity.

Consumption a lot of boiled rice will not help the body. But compared to fried rice, these foods are more healthy and low in calories.

Fried rice is made using different oils and spices. It also used a variety of salts to enhance its taste.

As a result, fried rice increases the amount of calories and fat. For this reason, they are not considered effective for weight loss.

Although fried rice can be prepare in a healthy way but its taste may differ.

In Asian countries, including sugar, boiled rice is the favourite. You can eat it with vegetables, meat, or sauces with different flavours.

No special food is required to support boiled rice. However, it is a little difficult to get boiled rice except traditional restaurants.

Fried rice dishes have no lack of taste. This food is popular in various countries including the United States.

It is available in many different dishes including vegetables, eggs and meat. It is usually found in all restaurants. Most people prefer to eat fried rice with chicken.

Boiled rice is processed without any ingredients, so its natural colour is white. After cooking, many types of vegetables or sauces can be mixed with them.

Frying rice in oil gives them a natural white colour. And adding spices can make them different in colour.

The color is not specific because nothing is mixed, which makes it white in the final color. But it is not as bright white as boiled rice.

So, it terms of health it is better to consume boiled rice as it is low in calorie and have many health benefits. However, consumption of fried rice is also effective if you cook it without unhealthy oil and other substances. How Many Days to Workout to Stay Fit

Snow Angel Exercise: How To Do