Home » Nutrition » Does White Tea Have Caffeine? You Might Be Surprised 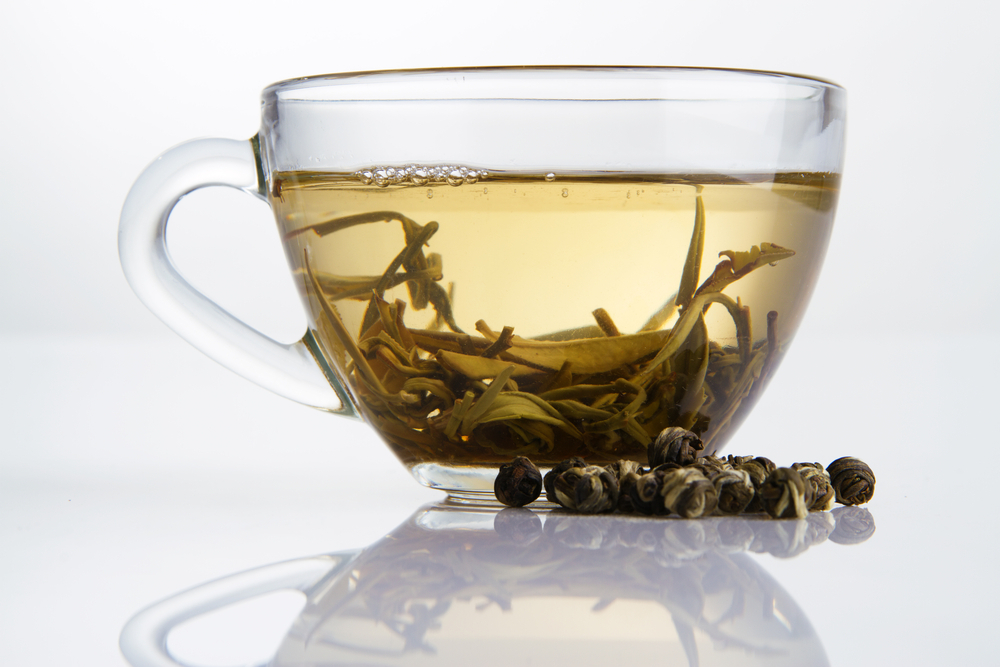 There are many types of tea, but white tea is one of the most unique. It’s simply dried out, which gives it its signature pale color and natural flavor. So does white tea have caffeine? The answer is, Yes, but not as much as other types of herbal tea like green or black. White teas are less oxidized than green and black teas, which means they have less caffeine per cup than those varieties

White tea is a type of herbal tea that has been around for centuries. The legend says that it was first discovered by an emperor in China who, while out on his travels, came across a tea plant and became the first person to drink the leaves. White teas are made from unoxidized leaves which makes them lighter in color and flavor than other more common types of teas.

Caffeine is a naturally occurring stimulant found in foods, beverages, and medication. It is most commonly found in coffee, cola drinks and chocolate.

Caffeine stimulates the central nervous system by blocking adenosine receptors and stimulating adrenaline production. Natural sources of caffeine are generally less than 100 milligrams per serving; however, many common foods and beverages contain much more than that.

Side Effects of Caffeine.

Some people prefer to drink coffee over tea because they think coffee is healthier. Coffee does have some health benefits, but it also has a lot of downsides. For example, coffee can make you jittery and anxious. It can also raise your blood pressure and cause insomnia.

Many people who drink caffeinated beverages experience side effects such as sleeplessness, increased heart rate and feelings of anxiety or agitation.

Caffeine also causes dehydration because it is a diuretic which means that when you consume it your body will expel water from your body through urine.

These symptoms often disappear once you stop drinking caffeinated products for a few days but it can take up to three weeks for your body to return to normal levels.

How much caffeine should You consume?

The effects of caffeine can vary from person to person, depending on their tolerance to the substance. A moderate intake of no more than 400mg per day (roughly the amount in one cup of coffee) seems to be safe for most people.

Individuals who drink caffeinated beverages at a rate greater than 400mg per day should consult their physician about the potential risk of developing a dependence on caffeine and if they are getting too much.

How Much Caffeine in White Tea and Other Drinks.

Coffee & tea are two of the most popular beverages in the world. And while they both contain caffeine, they don’t contain the same amount. The average cup of coffee contains around 95-200 milligrams (mg) of caffeine, while a cup of brewed black tea has about 47-75mg.

Remember, everyone is different when it comes to how much caffeine affects them.

What Type of Tea Has More Caffeine in It – Black Tea or White Tea?

Can Too Much Caffeine Cause Anxiety and Insomnia?

Caffeine is the most widely consumed stimulant in the world and it’s found in everyday products from coffee to soda. It’s also added to many medications, such as pain relievers and cold remedies, as well as some energy drinks. But can too much caffeine cause anxiety and insomnia?

According to NIH, research has shown that moderate intake of caffeine (equivalent to 2-3 cups of coffee a day) can actually improve mood, boost alertness, and improve reaction times.

However, consuming more than 500 mg of caffeine per day can lead to anxiety and Insomnia. Caffeine can also irritate the stomach lining which may contribute to heartburn symptoms or ulcers.

Do Decaffeinated Teas Still Have Caffeine in Them?

Many people wonder if decaffeinated teas still contain caffeine. This is an important question because some people are sensitive to small amounts of caffeine and don’t want it in their diet.

The answer to the question is that decaffeinated tea does not contain any measurable amount of caffeine, according to a recent study. In this study, participants drank eight cups of various types of decaffeinated teas and had their blood pressure monitored every 15 minutes for four hours following the consumption of each cup.(1)

There was no significant change in blood pressure as a result of drinking any type of decaffeinated tea.

However, there are many other health benefits to drinking a nice cup of hot water (such as better cognitive function) which make up for any lack of caffeine.

Weighted Hula Hoop : Benefits And Where To Buy