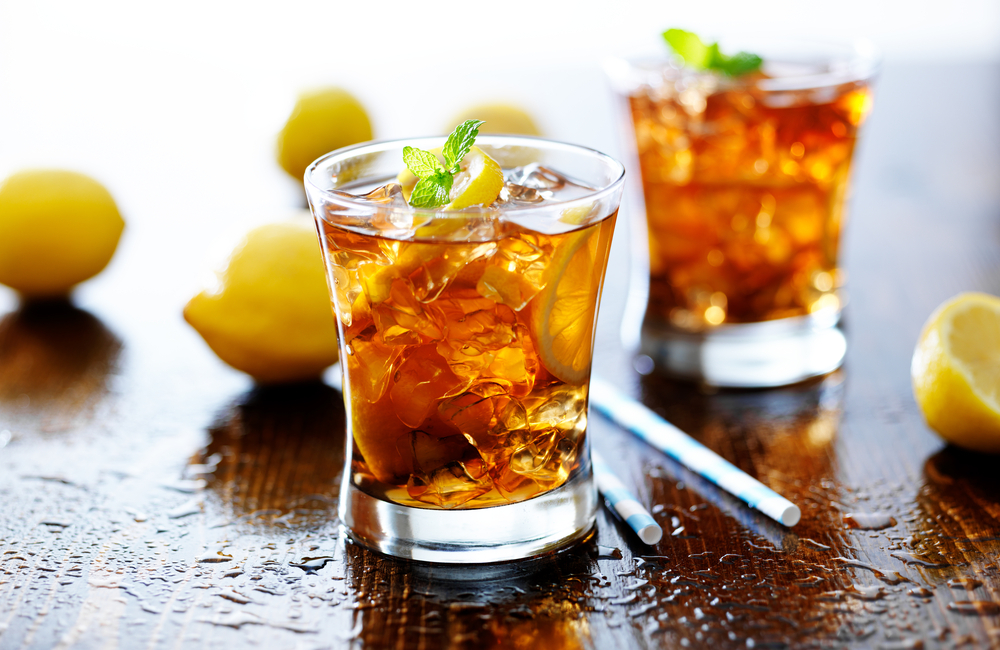 White tea shot—yes, that’s really what it’s called. It is a powerful antioxidant supplement that will help your body fight off disease, causing free radicals from the inside. It can be taken as part of your daily supplement routine or as an occasional pick-me-up when you’re under the weather.

Although it may not seem like it, white tea has so many health benefits that it’s no wonder people love it so much. Let’s take a closer look at the top ten ways you can use this wonder supplement to improve your health.

What Is A White Tea Shot?

White tea is made from unoxidized leaves of the Camellia sinensis plant. The oxidation process used for black and green teas breaks down more of the delicate plant’s compounds, such as vitamins, minerals, antioxidants and other nutrients. This leaves white tea with higher levels of these beneficial compounds than any other type of tea.

White tea also contains less caffeine than black or green teas, making it a good option for those who are looking to reduce their caffeine intake. One cup of brewed white tea has about 25 milligrams of caffeine, while one cup of brewed green or black tea can have up to 115 milligrams.

Place tea leaves in an infuser. Pour boiling water over them & steep for approx 10 minutes. Remove infusers and enjoy.

Be careful not to drink it too fast or you will get scalded by the hot liquid. There are many different benefits of this type of tea that make it one of the healthiest drinks you can have. Some people use this as a substitute for coffee because there are no calories in the shot version of the tea, but if you’re going to do that, don’t add any sweetener.

Rather than the hot one you can also make it cold, refreshing and energizing drink. You can make this beverage by following simple five steps:

What Is In A White Tea Shot?

It is one of the most antioxidant-rich teas available in the market, containing up to 10 times more antioxidants than green tea. The antioxidants in white tea are called polyphenols, and these substances have been shown to have benefits for your skin and heart. Some scientists even think that these polyphenols may combat prostate cancer cells.

White tea contains caffeine, but its levels are much lower than those found in black or green teas. This means that it doesn’t cause an energy spike or crash like coffee or other caffeinated drinks can do. Drinking white tea might also help you feel less hungry later on in the day because of its effect on hormones such as ghrelin, which regulates hunger and satiety.

White tea, also known as silver needle or white peony tea, has become increasingly popular over the last few years. With its high levels of anti-oxidants and it low caffeine content, it’s no wonder people are turning to white tea shot in their morning cup or on the go. So, we’ll cover some of the top 10 benefits of white tea shots that you might not know about.

White tea shot is a great way to boost your energy without the caffeine crash that comes with coffee. It’s also an excellent source of antioxidants, which can help protect you from cancer and heart disease. Studies have shown that it may also lower cholesterol levels, reduce inflammation, and boost your metabolism. You can also drink it as a cold remedy or when you have a headache or sore throat.(1)

White tea is known for its many benefits, but it’s actually one of the most beneficial beverages for detoxification and cleansing the body. White tea shots can help you feel better and more energized by aiding digestion and boosting your immune system. Drink a cup of white tea in the morning to get started on your day with a clean body.

White tea has powerful antioxidants and is rich in anti-aging properties. This is why white tea shots are such a fantastic way to improve your skin. Unlike other teas, white tea does not contain tannins that can lead to acne breakouts. In addition, the caffeine found in white tea stimulates collagen production and reduces wrinkles.(2)

White tea also contains antioxidant amino acids that promote healthy skin cells and prevent oxidative damage from the sun’s UV rays. With these benefits, it’s no wonder the popularity of white tea shots is on the rise.

White tea is a popular weight loss drink because it contains catechins, which are plant compounds that are known to promote fat burning.

Drinking just one cup of white tea a day may help you lose up to five pounds per year without dieting or exercising more.

Studies also show that white tea extract may be helpful in the fight against obesity due to its thermogenic effect on fat cells, giving it the ability to break down fat and increase metabolism.(3)

White tea has been found to inhibit the growth of human cancer cells, including ovarian and colon cancers. One study in particular found that white tea inhibited the proliferation of colon cancer cells by up to 40%. The most active compounds were catechins and a type of polyphenol called epigallocatechin gallate (EGCG), both antioxidants. Antioxidants neutralize free radicals which can cause DNA damage, inflammation and tumor growth.(4)

White tea contains antioxidants that help to promote healthy skin. The antioxidants in white tea are a great way to keep your skin looking youthful and radiant. Drinking a cup of white tea can also help to prevent against cancer, heart disease, and other diseases. There are many benefits of white tea shots, including being an amazing anti-inflammatory.(5)

One of the most notable benefits is that it can improve heart health. In a study done by Columbia University, researchers found that people who drank four cups or more per day had much lower risk for developing cardiovascular disease than those who did not drink tea at all.

The study also found that those who drank more than one cup per day were 45% less likely to develop coronary artery disease, and 50% less likely to have high blood pressure than those who didn’t drink any tea at all. Drinking white tea shot may also help people with diabetes maintain better blood sugar levels by regulating the amount of insulin their pancreas releases after they eat.(6)

It is also rich in flavonoids which may help protect against heart disease and stroke by preventing LDL cholesterol from oxidizing. Flavonoids may also inhibit clot formation.

White tea shots are beneficial for a number of reasons. One benefit is that they can help you live longer. Studies have shown that people who consume white tea extract on a regular basis have a reduced risk of developing cancer and other chronic diseases, which helps them to live longer lives.

Another benefit is that they can help you feel good. They’re naturally caffeine-free, so they won’t cause any jitters or sleeplessness and will actually help you feel more awake and relaxed.

White tea shot has boost metabolism & promote weight loss. Research has shown that drinking white tea shot increases the body’s ability to burn fat by about 20%. The caffeine in the drink helps provide the energy needed for enhanced calorie burning, and the catechins found in it prevent fat storage.

White tea can help boost your metabolism, improve immune system function, and help clear skin. It’s also reduce cholesterol levels. The caffeine content in it is relatively low, so it won’t give you a buzz or cause you to crash later in the day, but it will still keep you energized.

Are They Safe To Take Daily?

White tea is caffeine-free, so it is safe to take daily. One cup of white tea can provide you with as much antioxidant activity as 3 cups of green tea. When consumed on a regular basis, white tea can help protect against heart disease, stroke and cancer. Drink your white tea iced or hot to enjoy its many benefits!

Tired of coffee? Try substituting your usual morning drink with white tea. A recent study conducted by the Journal of Nutrition and Metabolism found that consuming two cups of white tea every day can help reduce your weight.

And, at just 40 calories per cup, it is a great way to stay on track with your diet without sacrificing flavor. If you’re not a fan of drinking tea in the morning, try mixing it into your cocktail.

Mix some vodka in a shot glass and add some lemonade or grapefruit juice with white tea for an easy cocktail you can enjoy any night of the week.

Either mix a heaping tablespoon of white tea leaves with hot water, steep until cool and enjoy as a refreshing alternative to caffeinated drinks.

White tea is made from leaves of Camellia Sinensis that have been dried and withered. It has antioxidants and polyphenols, which are believed to help prevent cancer, cardiovascular disease, and diabetes. The caffeine content in white tea is about half that of black or green tea. It’s also one of few teas that contains fluoride, which can help protect teeth against tooth decay. How Many Days to Workout to Stay Fit